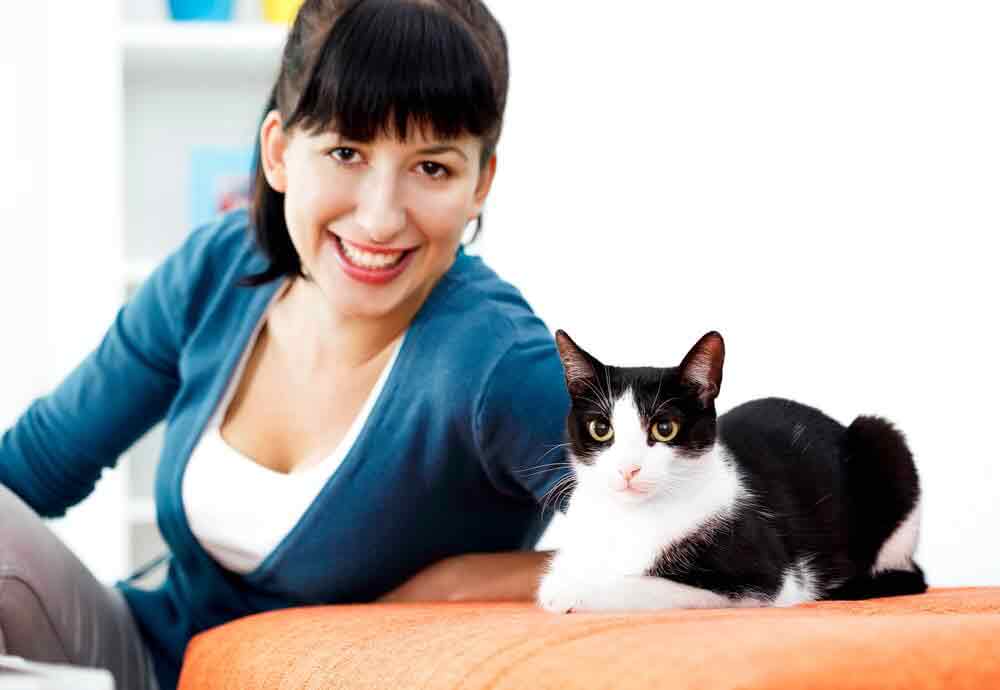 Cats are very independent animals. They do not require the same care and affection that dogs do. They usually stay indoors, sleeping most of the day and hunting at night. But even though cats can take care of themselves, they show signs of social intelligence when it comes to people.

This was shown by researchers from Oregon State University who published a study in the “Animal Cognition” journal. In the experiment, cats were fed by one or more different people. Then, sometime later they were given food by a person that they hadn’t been fed by before. Even though there was no guarantee of getting a tasty meal from this new person, they approached them and ate their food.

The Mysterious Intelligence of Cats

Cats lead a pretty quiet life – you give them food and shelter, they purr for a little companionship, and then they’re gone. And yet, this doesn’t mean that cats don’t have feelings or intelligence just because they aren’t super affectionate like dogs are. Their intelligence is just different.

The experiment by Oregon State University was performed to determine whether or not cats can remember the people who have fed them in the past, and recognize them later on. The scientists also wanted to see if there are any differences between male and female cats in this respect.

First, they got thirty-five domestic cats, all between two and twelve years old. Every cat was fed by three different people over the course of six days there were no sessions on the seventh day, to make sure that they were hungry enough to eat treats offered by a new person. Then, half of these cats got food from one person, and half got food from another person until day thirty-six. Finally, on the thirty-seventh day, it was time for the final test: all of them were fed by a new person and their behavior was observed.

What happened? The cats showed a clear preference for the people who had fed them before. They approached these people faster than they did strangers and sat closer to them while eating food. The scientists noted that they didn’t seem to approach the people they hadn’t been fed by before in a friendly way, but rather cautiously.

Another important discovery was that female cats were more likely to show this behavior than males. This is not surprising, because females are usually chosen for breeding purposes, so it would be beneficial for them to remember the people who took care of them.

Many animals have been found to be more intelligent than we expected – from dolphins and whales to elephants and magpies. Cats are one of the most popular pets in the world, so it’s not surprising that they also show signs of intelligence that were previously unknown to humans.

How long will a cat remember a person?

What do you think about this study? Do you have any experience with cats recognizing familiar people? Let us know in the comment section below.

Do cats miss their owners when they are gone?

This is a question that has been asked by many cat owners. You have probably wondered this yourself at some point. The answer to the question of whether your cat misses you when you are gone couldn’t be more straightforward: cats definitely do miss their owners, just like dogs miss their masters. There have even been scientific studies that have been performed in order to try and prove this.

For example, a study was done with pheromones. Pheromones are hormones that produce a specific smell, and cats use them to communicate with other cats. We produce these types of hormones too – when we feel sad or lonely, our bodies produce certain types of pheromones that are associated with our emotions. Cats use pheromones to express their feelings, just like we do. When a cat’s owner is gone for two weeks, they produce pheromones that let other cats know that they are sad or lonely. If you have another cat in your home, this one will most likely be able to sense your cat’s sadness and will behave differently than usual.

How much does a cat remember?

A study was done with twenty cats from a shelter. The results from this study were quite interesting. In order to try and find out how much cats remember, the scientists hid treats around the room. Just like dogs, cats will look around trying to find where they can smell the treat coming from. However, when the owner of one of these cats entered the room, they immediately knew where to go. They went straight to the spot where they had found a treat before.

This means that cats have extremely sharp memories. If you are looking for a good pet, this is one of the most important qualities to look for. A cat with a good memory will be happier and healthier than one

Yes, cats will recognize the people that are close to them. They are able to recognize familiar faces, just like dogs do. A study was done with two groups of cats, one group lived with humans that were related to them and the other group only lived with strangers. It was later shown that the cats in the group that lived with their owners and family members were able to recognize familiar people by their scent and explore new areas faster than the other set of cats.

This means that not only will your cat remember you, but they might even prefer you over a stranger. This means that when you get home, they will most likely come to greet you right away.

Do cats remember when their owners return home?

Cats are not like dogs in the sense that they do not get excited when their owner leaves the house or comes home. However, this does not mean that they don’t notice what is going on around them. If you have a cat, you probably know that this pet is very smart and has an excellent memory.

This is a very interesting question and one that might make some cat owners feel uncomfortable. It is true that your cat does remember previous owners and if they were not treated right, it will most likely show in their behavior. Cats need love and attention just like dogs do, but they show their affection differently. They are not as loud or energetic as a dog is, but they show it in a different way.

If your cat seems to be more aggressive or if their personality has changed after you got them from a previous owner, don’t panic. The reason for this might be the fact that the previous owners didn’t give them enough attention or love and this means that it is now up to you to do what they didn’t.

In order to show your cat that you love them and want the best for them, you should spend a lot of time with them. This means getting up early in the morning and going home in the evening just so that it will be easier for them to socialize with you. Cats cannot talk, but they do have a way of communicating with their owners. They can meow or purr but these are only some of the ways that your cat might show you what they want. With enough love and care, you will be able to understand why your feline behaves in certain ways.

How long does the cat’s long-term memory works?

Cats have sharp memories and they are able to notice when something is off. This might be one of the reasons why they are so much smarter than dogs. A study was done in order to find out how long cats remember things. The results showed that cats can remember someone for up to sixteen months. If you think about it, this is a really long time. It means that even if your cat hasn’t seen you in a while, they most likely remember who you are and what the person before you used to do.

However, this is not always a good thing because cats will expect the same treatment from their owners as before. If you have been nice to them but then suddenly you become mean, they might get confused and not know what to expect from you. This can be quite frustrating for your cat and since they cannot talk, it will be difficult for them to show how they feel.

How short does the cat’s short-term memory works?

Your cat’s short-term memory is not as good as their long-term memory. It might happen that your cat doesn’t remember you for a while and then all of a sudden they do. This can be quite frustrating because if you have been mean to them, then it will probably take even longer for them to start showing their love and affection for you. However, if you have been nice to your cat and then all of a sudden you become mean, they might get confused and not know what to expect from you.