Why do cats purr – The new cat-owner guide 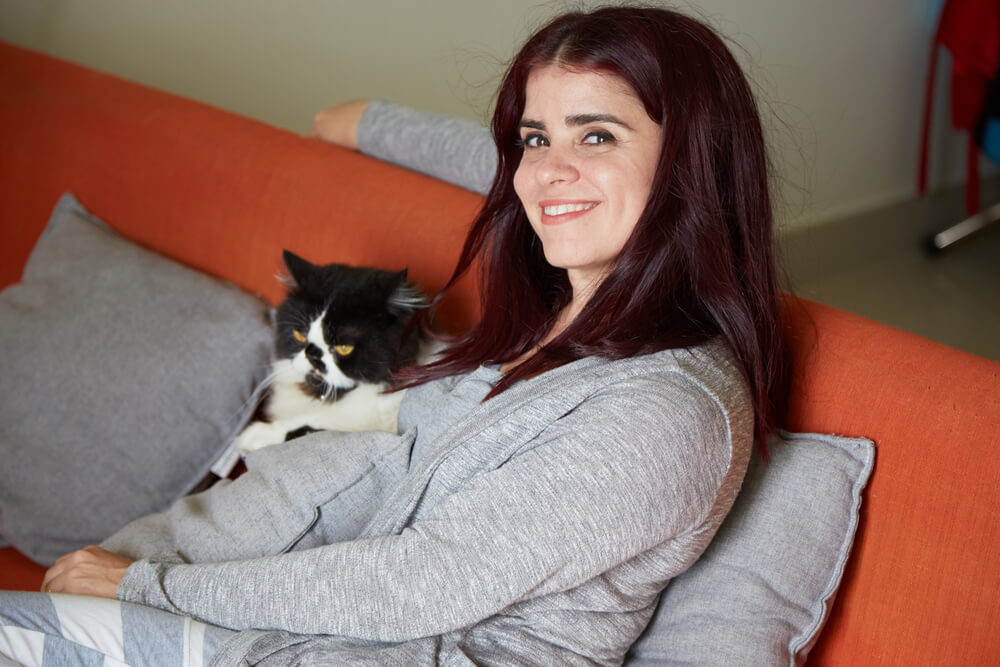 Cats are capable of purring when they inhale and exhale, thus creating a continuous flow. Cats in pain or distress do not purr.

Purring in cats is a completely voluntary behavior that can be controlled by nervous system impulses from the brain to the muscles of the vocal cords. This means that purring is an outward sign of happiness, pleasure or contentment in cats.

Cats can also purr while they are swallowing food and during the inhalation phase of their meow, but this type of purring is not considered to be voluntary or “purring for pleasure” – it is more likely a sign of anxiety or distress.

So why do cats purr?

This is because purring is a sign of contentment, happiness and pleasure. When cats are happy, they will purr their hearts out to signal this fact to the rest of the feline community. Cats that have just eaten or have been petted for a long time by their owners will often purr as an expression of pleasure. Cats will also purr when they are in pain, because this is a way of coping with the pain by making themselves feel relaxed.

Cats that are extremely happy or comfortable may also purr while sleeping. Like humans, cats can sometimes snore – and can even purr loudly enough to make strange breathing sounds while they sleep. A veterinarian has also stated that the vibration created by the purr can help cats to heal.

However, some people believe that purring is a way for cats to communicate with humans and other animals, as well as a way of showing submission. Cats will sometimes purr when they are around larger predators such as lions or tigers. When these species of cats purr, this usually means that they are afraid and feel threatened.

Cats may also purr to indicate their social status to other animals, as well as to signal intent such as the fact that they will not attack or bite – even though there is no sound evidence for this theory.

Why do cats purr loudly?

Cat purring at a low volume or while they are making other noises. Sometimes, cats will purr so loudly that their entire body vibrates – this is known as “purring loud” and there are different reasons why some cats are capable of doing this.

However, most experts believe that most types of purring in cats mean contentment. Cats will only produce the “purring loud” sound when there is no other noise around them or if they are extremely happy.

Why do cats purr and then bite you?

Some cats do not like to be pet on the belly – instead, they prefer to be stroked on their backs. However, if a cat is purring loud enough and you begin to stroke its belly or chest, there is a chance that it will go from purring to biting in a split second.

In addition, some owners have stated that their cats purring while they are eating, but this behavior can sometimes mean aggression and hunger. Cats in the wild often chase other predators away from food or catch prey for themselves – and captive house cats may do the same thing to human beings.

If a cat is purring and then you try to stroke its belly or chest, this could cause the cat to suddenly lash out and bite you. This is because cats are mainly predators, even if they are house cats – so their instincts are still very much intact.

Other reasons why cats may purr loudly

It has been proposed that some cat purrs induce a state of relaxation in humans or other animals around them. This is because they can purr at a very low frequency – between 25 and 150 Hertz. For example, the low sounds of cats purring may soothe humans when they are stressed or anxious.

In fact, research has shown that purring in human beings can even increase bone density and reduce muscle tension. However, whether or not a cat’s purr has a positive effect on other animals is not certain because there have been no detailed scientific studies to test this theory.

While it is difficult to tell if a cat is purring loudly out of contentment or because of another reason, some owners believe that they can train their cats to turn the volume down.

For example, one owner has stated that his cat “will purr like crazy when I pet her” – but this sound becomes quieter and eventually stops when she is stroked too intently. This suggests that purring can sometimes be a natural response from cats – and they cannot control the volume very well.

Some owners have also stated that their cats will not purr when they “need to go to the toilet” or if they are hungry – this may suggest that purring is a means of communication and that cats “turn the volume up” when they feel comfortable, safe and content.

Should I purr at my cat?

Some owners may feel self-conscious about purring at their cats. This is because they are afraid that the cat will not like it – or it could be viewed as “trying too hard” to bond with their pet.

However, experts have stated that cats respond well to gentle stroking and purring – especially when the owner starts off by purring at a low volume. It has been proposed that owners should think of their own purrs as “siren songs” which entice their cat to come closer and play with them.

In addition, some owners also feel self-conscious about letting their cat see that they like it or not – especially if the owner does not like cats much. However, it has been proposed that owners should think of their own purrs as “siren songs” which entice their cat to come closer and play with them.

If an owner does not like purring or cats, there is no chance that they will be able to make the volume quieter – but this is not necessary. Humans cannot purr, so cats will still enjoy the gentle stroking which their owners provide.

“Purring can mean many things to many different people.”

As it is difficult for experts to tell why a cat is purring loudly – they have concluded that there are several possibilities. Firstly, cats may purr because they are extremely happy and content – and they seek out human contact.

Secondly, purring can mean that a cat is not feeling well or it may indicate that the cat is hungry. Finally, purring may be an instinctual behavior that cats cannot control very well.

How to get my cat to stop purring loudly?

If you would like your cat to purr less, experts have proposed that stroking the animal from head to tail may prevent it from purring because humans cannot pet a cat in this way.

In addition, cats only need a certain amount of attention – so owners should only stroke their cat when they are in the mood to be friendly. This is because cats can become frustrated if their owner does not appreciate them enough, so stroking should be “appreciated” by both humans and cats.

Finally, experts have stated that trying to stop our furry friends, the cats from purring could make it unhappy – so instead owners should “adapt to their cat’s purr” and appreciate that it is a form of communication.